By Embedded Developer - January 27, 2016
The natural place to go next in our journey in embedded programming is to delve into some theory.  This week, we'll focus on hardware and show exactly how easy it all can be.  As I firmly believe that if you understand the history as a story explaining how something came to be, you'll understand the why behind it.   We'll start by talking about a late 18th century German Mathematician and Physicist named Georg Simon Ohm. 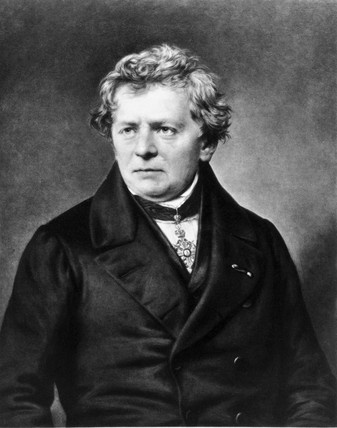 Ohm was a high school teacher who was interested in experimenting with an at the time recently invented, by an Italian,  Conte Volta, electric cell.  Volta's cell is a battery, same as the AA, or AAA variety we use in common modern life.  Volta's cell wasn't something one could buy from the local store, so Ohm created the tools he used to further his own research.
The first thing Ohm noticed is the further you try to get electricity to flow through a wire, the less current you have.  He also very early recognized that the thickness of the wire is proportional to the current.
So let's think about this.  We say electricity "flows" from one location to another; it's often easier to think in terms of a liquid flowing through a pipe.  Modern pipes pretty much never leak, so you always have as much liquid when the water gets to where it is going as when you started.  But what if there was a leak?  You'd still get water at the end of its journey, but there'd be less of it, and thus less of a "current."  Well, going back to electricity, there is no such thing as a perfect conductor.  Thus circuits are closer to water flowing throw a leaky pipe than a perfect pipe.  Check out the animations and explanation here;
This loss of current is exactly what Ohm recognized and measured.  Using the information about how current is affected, he established the relationship between Voltage, Current, and Resistance.
In plain terms, Voltage (denoted as V) is the potential difference between two locations in a circuit.  Remembering that electrons flow through a circuit, there has to be a source and a sink, something from electrons to flow from and to.  That potential measurement is Voltage.
Current (denoted as I) is exactly what it sounds like.  It's the measure of how quickly electrons are flowing from their source to the ground.  The current will flow quickest where there's the least amount of Resistance.  The more resistance, the slower the current.
Resistance (denoted as R) is also exactly what it sounds like.  It's the measure of how much we're constricting the stream of current flowing through a circuit.  The greater the resistance, the lower the current.
So let's see what Ohm's law is: V = IR.  Voltage is equal to the Current times the Resistance.  This identity gives us the ability to determine how much resistance is needed to be placed in a circuit in order for all components to receive power at the right level and not cause fires, broken components, or blown circuits.  Here's a great place to get practical knowledge for how Ohm's law works.

Before we leave this Theory post, let's talk about Kirchoff and his current and voltage law as it relates very strongly with what we just talked about with Ohm.  Imagining water flowing through a pipe.  If you branch the pipe so 1/3 of water goes in one of 3 different directions, you will get out roughly as much water from all three pipe branches as you put in.  That is to say, just because you branched the water's flow doesn't mean you get more or less water.  The same concept holds for electronics. 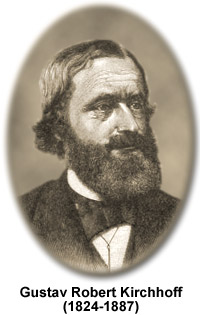 Kirchoff was a contemporary of Ohm and also a German Physicist.  He worked with closed systems of circuits.  His investigations yielded this wonderful property that if you measure all increases and decreases in a closed loop of circuits then add them, you always get 0.
What this means is that simply putting a branch in the pipe never increases or decreases the amount of current flowing in the system.  You can't create electricity by simply branching it and you don't lose electricity by branching it anymore than you would by branching a water line.

So there's our due diligence to theory instruction and history.  We'll next start looking at applying it with tools and programming.

By Embedded Developer - May 31, 2016
It’s finally time to return to the first practical project “Magic Mirror.”  We need to start addressing the software to make it run and do things that would be cool, useful or at the very least give us a way to start being creative with it from the software side. When we last talked about the “Magic Mirror,” we had our 410c sitting pretty in a custom framed case with a 2 way mirror completing the enclosure with Linux happily running on our network.  So many happy memories getting to this point, continuing is a must!  So in this article, let’s start by talking about trying to get something onscreen.  We want to take up the whole screen.  The easiest way to do that is to launch a browser and use it to browse to a custom server running whatever we want to display on screen.  To do that, we can simply setup what’s called a LAMP (Linux Apache Mysql PHP) stack on our 410c sitting in the mirror.  Then, you’d want to set the servers to launch automatically when the mirror starts up; and fin
Read more

Profiling a NDK app from a CI server

By Embedded Developer - February 26, 2017
As we get into working in VR, one of the chief toolsets that's missing from our developer toolbox is profiling.  The problem is that VR has a hard CPU / GPU requirement which is not so forgiving to unoptimized code.  So every time a team member checks in code, we really must ensure that the app still performs at least at 60 fps or our end users will wind up sick. As I've mentioned before, I prefer Jenkins for a CI server.  Now something we can do is start recording the systrace and run a monkey test behind it so the app is doing more than just running.  To do that, create a new shell task in Jenkins and do something like this: adb shell monkey -p your.package.name -v 5000 > monkeyResults.txt This will run 5000 random events that an end user might run back to back.  The nice thing about it is it generates random user input and runs any app in an unpredictable yet repeatable manner.  It looks for crashes from unexpected user interaction and we can use Jenkins to parse the
Read more